CityPal > Local tips > Zagreb > Zagreb – Everything I need to know

You have already decided to come to Zagreb or you are just planning your vacation? Either way, our tips and tricks will help you to know more about Zagreb. You will explore it like a real local.

First of all,  Zagreb is the capital and the largest city of Croatia. It is located in the northwest of the country. It is also placed along the Sava river, at the southern slopes of the Medvednica mountain. Also, Zagreb lies at approximately 122 m (400 ft) above sea level. Furthermore, the estimated population of the city in 2018 was 802 762. Moreover, the population of the Zagreb urban agglomeration is about 1.2 million. That is approximately a quarter of the total population of Croatia.

Zagreb is the seat of the central government, administrative bodies, and almost all government ministries. Therefore, almost all of the largest Croatian companies, media, and scientific institutions have their headquarters in the city. As a result, Zagreb is the most important transport hub in Croatia.  Here meet Central Europe, the Mediterranean, and Southeast Europe. This makes the Zagreb the center of the road, rail and also air networks of Croatia. Moreover, it is a city known for its diverse economy, high quality of living, museums, sporting, and entertainment events.

How the City got its name?

The etymology of the name Zagreb is unclear. First, people used the word for the united city only from 1852. But it had been in use as the name of the Zagreb Diocese since the 12th century. And was increasingly used for the city in the 17th century.

Ostrogon archbishop Felician first recorded the name in a charter by , dated 1134, mentioned as Zagrabiensem episcopate. The older form of the name is Zagreb.  Nicolas Sanson first recoreded the modern Croatian form Zagreb in a 1689 map.

On the other side, the name might be derived from Proto-Slavic word *grębъ which means hill, uplift. (However, note Serbo-Croatian brȇg < Proto-Slavic *bergъ, which also means ‘(smaller) hill’, and za brȇg ‘to or toward the hill’.

On the other side, Germans in the Habsburg period used the name Agram. First of all, this name has been classified as “probably of Roman origin”. But it could be an Austrian German reanalysis of *Zugram.  Moreover, in Middle Latin and Modern Latin, Zagreb is known as Agranum (the name of an unrelated Arabian city in Strabo), Zagrabia or Mons Graecensis (also Mons Crecensis, in reference to Grič(Gradec).

In Croatian folk etymology, the name of the city has been derived from either the verb za-grab-, meaning “to scoop” or “to dig”. Therefore, oral stories and folk legends tie the name to a drought of the early 14th century. First one is that Augustin Kažotić (c. 1260–1323)  has dug a well which miraculously produced water. In another legend, a city governor is thirsty and orders a girl named Manda to “scoop” water from Manduševac well (nowadays a fountain in Ban Jelačić Square). He ordered her using the imperative: zagrabi, Mando! (“Scoop, Manda!”).

The History of Zagreb

Zagreb is a city with a rich history. The time dates from Roman times to the present day. The oldest settlement located in the vicinity of the city was the Roman Andautonia, in today’s Ščitarjevo. Zagreb became a free royal town in 1242. In 1851 Zagreb had its first mayor, Janko Kamauf.

From the early days…

The first recorded appearance of the name Zagreb is dated to 1094. At that time the city existed as two different city centers: the smaller, eastern Kaptol and the larger, western Gradec. Clergy and housing Zagreb Cathedral were in the Kaptol. On the other side, craftsmen and merchants were in Gradec. Gradec and Kaptol were united in 1851 by ban Josip Jelačić, who was credited for this, with the naming the main city square, Ban Jelačić Square in his honor. During the period of former Yugoslavia, Zagreb remained an important economic center of the country and was the second largest city. After Croatia declared independence from Yugoslavia, Zagreb was proclaimed its capital.

The climate and the weather

The climate of Zagreb is classified as an oceanic climate (Köppen climate classification Cfb), but with significant continental influences and very closely bordering on a humid continental climate(Dfb) as well as a humid subtropical climate (Cfa). Zagreb has four separate seasons.

Summers are warm, at the end of May the temperatures start rising and it is often pleasant with occasional thunderstorms. Heatwaves can occur but are short-lived. Temperatures rise above 30 °C (86 °F) on an average 14.6 days each summer.

Rainfall is abundant in the summertime and it continues to be in autumn as well. Zagreb is Europe’s 9th wettest capital, behind Luxembourg and ahead of Brussels, Belgium. Autumn in its early stages is mild with an increase of rainy days and a steady temperature towards its end. Morning fog is common from mid-October to January with northern city districts at the foothills of the Medvednica mountain as well as those along the Sava river being more prone to all-day fog accumulation. 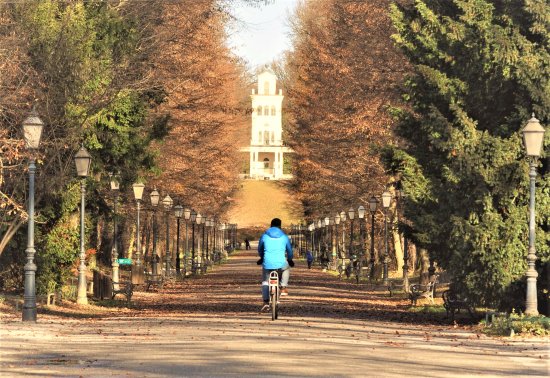 Winters are cold. Even though there is no dry season, February is the driest month with 39 mm of precipitation. On average there are 29 days with snowfall with first snow falling in early November. Springs are generally mild and pleasant. It can be frequent weather changes. And also windier days than other seasons. Furthermore, sometimes cold spells can occur, mostly in its early stages. The average daily temperature in the winter is around 1 °C (34 °F) (from December to February) and the average temperature in the summer is 22.0 °C (71.6 °F).

Winter is certainly a great time of the year to visit Christmas Market (Advent in Zagreb). It has been declared as the best Christmas Market three times in a row. This is truly a unique experience and you should not miss it!

Zagreb is also an important tourist center. Not only in terms of passengers traveling from the rest of Europe to the Adriatic Sea but also as a travel destination itself. It has attracted close to a million visitors annually. The tourist come mainly from Austria, Germany, and Italy.  But in recent years many tourists from the far east (South Korea, Japan, China, and last two years, from India). It has become an important tourist destination. And not only in Croatia but in the whole region of southeastern Europe. Zagreb is a safe city, but still here are some local tips of what to avoid on your holiday.

There are many interesting sights and happenings for tourists to attend in Zagreb, for example, the two statues of Saint George, one at the Republic of Croatia Square, the other at Kamenita vrata, where the image of Virgin Mary is said to be the only thing that hasn’t burned in the 17th-century fire. In the Upper Town you can enjoy a great view on Zagreb Cathedral and also visit it.

The heart of the City

The historical part of the city to the north of Ban Jelačić Square is composed of the Gornji Grad and Kaptol, a medieval urban complex of churches, palaces, museums, galleries and also government buildings that are popular with tourists on sightseeing tours. Furthermore, the historic district can be reached on foot, starting from Jelačić Square, the center of Zagreb. And also by a funicular on a nearby Tomićeva Street.

During your vacation, don’t miss local food and enjoy some of the best restaurants you will ever visit!

Most noteworthy! Each Saturday, (from April till the end of September), on St. Mark’s Square in the Upper town, tourists can meet members of the Order of The Silver Dragon (Red Srebrnog Zmaja). They reenact famous historical conflicts between Gradec and Kaptol. It’s a great opportunity for all visitors to take photographs of authentic and fully functional historical replicas of medieval armor. You will certainly have a lot of fun!

Enjoy your holiday in Zagreb!

Finally, the Croatian capital Zagreb is young and playful at heart, despite the almost thousand-year-old history of its old town. The locals welcome visitors with traditional Croatian hospitality.

At the end of Tomićeva Street and just a few steps from Ilica street is ...

5 music events in Zagreb you shouldn’t miss in February

Everyone loves music, so why not go to Zagreb for some music events this ...

Like in Christmas time, summer months in Zagreb are full of life with so ...

35 locations
Browse
We use cookies to ensure that we give you the best experience on our website. If you continue to use this site we will assume that you are happy with it.Ok