10 movies you should see at Zagreb Film Festival 2016.

For more than a decade, Zagreb Film Festival – one of the most important Croatian film festivals and the largest film festival in Zagreb focused on international contemporary art debut film and new filmmakers, takes place at several locations around the city.

A fairytale for grownups which imagines what it would be like if it wasn’t such a dog-eat-dog world. The leading role is played by Slavko Štimac, the child star from The Train in the Snow, famous for his roles in Emir Kusturica’s Do You Remember Dolly Bell? and Underground.

The historical war drama centers on the downfall of a family in WW2 occupied Skopje. Danilo and Rade Šerbedžija (this is his directorial debut) have transferred the legendary theater drama to the big screen, making it the Macedonian entry for the Academy Awards.

Second feature after Single Man by the famous fashion designer Tom Ford is a stylized blend of romance and noir-thriller revolving around art gallery owner who isn’t satisfied with her lavish lifestyle. The film won the Grand Jury Prize at the Venice International Film Festival.

The latest drama from the Spanish director Pedro Almodóvar is a touching homage to the Canadian Nobel laureate Alice Munro. Julieta is Almodóvar’s return to the particular type of stories which brought him fame – those revolving around strong, complex heroines. 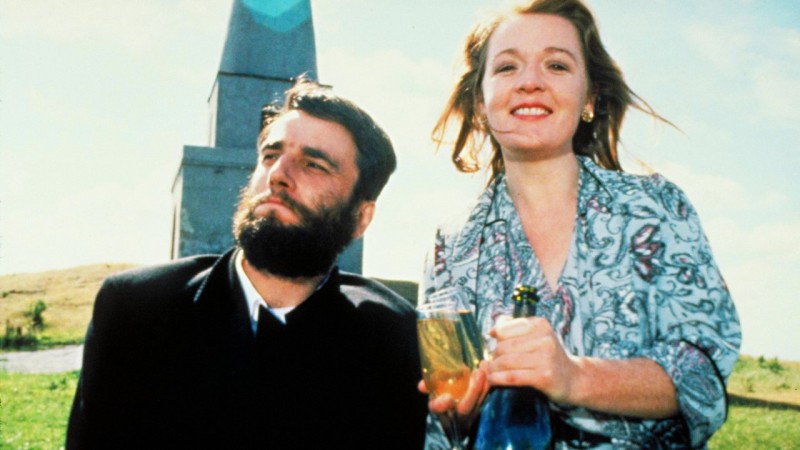 15.11./Tue. 21:00h F22 (Frankopanska 22)
Biographical drama based on the life of legendary Irish writer Christy Brown, who was born with cerebral palsy. Daniel Day-Lewis won the Oscar for Best Actor in a Leading Role for his powerful and unsentimental portrayal of the cantankerous Irish writer and painter.

Suspenseful drama wrought with action takes place entirely in the cramped space of a police van transporting detained protesters – members of both conflicting parties. Clash is Egyptian entry for this year’s Academy Awards premiered at Cannes 2016. as the opening film.

Three girls, one big city. The common situation is complicated by the fact that the girls are Palestinian citizens of Israel living in Tel Aviv. This quirky dramedy with an energetic soundtrack is innovative in its treatment of independent, sexually active girls in Israel.

One man is summoned to the police station for interview about his new tenant. After the interview, he is convinced that his tenant is dangerous terrorist who wants to bring down the whole country. Balkan Spy won the Golden Arena for the Best Film in Pula.

19.11./Sat. 20:00h Cinema Europa
Shot in cold, metallic tones and draped in an atmosphere of emotional alienation, the story revolves around a group of people sexually obsessed with car crashes. Cronenberg’s iconic film was released in cinemas 20 years ago and didn’t leave much room for neutral reactions.

From enjoying in Croatian traditions, till attending modern events for ...

Zagreb – Everything I need to know You have already decided to come ...