Zagreb, December 2nd 2016. – Traditionally organized by HUHIV* and Los Angeles Agency for the last eleven years, Positive concert is one of many ways to educate young people about AIDS and HIV, encourage testing and responsible behavior. This year Positive concert is offering an amazing musical program with some of the biggest musicians In the region – Josipa Lisac, Bajaga, Rundek and Luce.

Ever since the first gig in 2005, Positive concert has been changing its location, duration and number of artists performing.  Over eleven years, Positive concert has evolved into a concert with inter-generational character and strong educational message. From small club concert, it has become a two-day manifestation, this year with a very interesting line-up definitely recommended for any soul, rock and blues lover.

Josipa Lisac, Bajaga and Instruktori, Rundek and Cargo Trio are one of the region’s most influential musicians with long careers and yet they still had never performed together on stage. With young talented artist Luce, atmosphere on this years Positive concert is going to be amazing.

“I’m glad that we are finally playing on Positive concert because I have heard all the best about the manifestation. Especially since Josipa Lisac and Darko Rundek are performing with us. I know them, but we have never played together. I think we are a good team for a concert like this.&quot; – said Momčilo Bajagić and announced they will cover all of their biggest hits with a special tribute to ‘Jahači magle’ album published 30 years ago.

“This December for the first time I will combine my concert dedicated to my loving Karlo Metikoš and one great music event, Positive concert. This summer I had lots of great concerts especially the ones on Exit festival and Ferragosto Jam festival, in front of the young crowd who knew all my songs and shared with me the amazing atmosphere. I have the same plan for Positive concert. I will show respect to our younger generations and try to charm them with Karlo’s music. He was the one who brought rock’n’roll music in the region in 60-ties, 70-ties. His sound was very  popular and everything that happened later and is happening today in music is influenced by Karlo’s music and perspective. With all that, I will perform at Positive concert with Bajaga, Rundek and Luce. It will be one unique Positive concert.” – the greatest Croatian music artist announced her show on Positive concert.

Darko Rundek, Isabel and Duco Vranić have had very successful working summer behind them and are happy to accept a call for another great gig at Positive concert. “We are honored to play at Positive festival to help spread a message of responsibility and compassion in fight against AIDS. Once again, Positive concert will fight AIDS with joy of living!”

Luce is going to open the 12 th Positive concert. Besides show she is doing with Josipa Lisac at Opatija festival, on November 14 th she is presenting her new video for her new single “I’m coming back”. “I’m very happy and honored to be a part of this year’s program. Even more when I’m sharing it with one of the biggest names in the music industry. Some of them are my inspiration that influenced my creative process any my perspective on the world out and inside of me. I believe they have influenced many people, so I invite you to be a part of this wonderful story, to create new memories and exchange positive energies.” 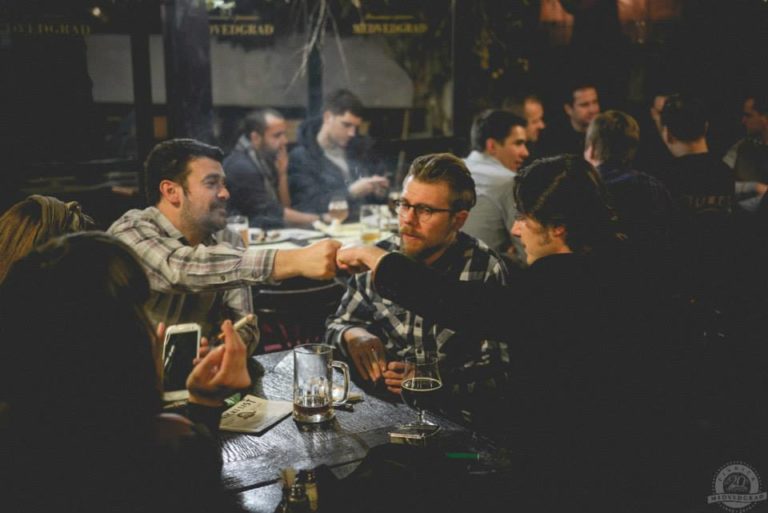 Medvedgrad brewery pubs are best known pubs in Zagreb. You can taste ...

Greta gallery – place to be on monday nights

Torpedo burgers are kicking it off on Zagreb Burger Festival, which is held ...

Top 10 Zagreb events in May

With beginning of may events in Zagreb flourish like flowers in Downtown ...